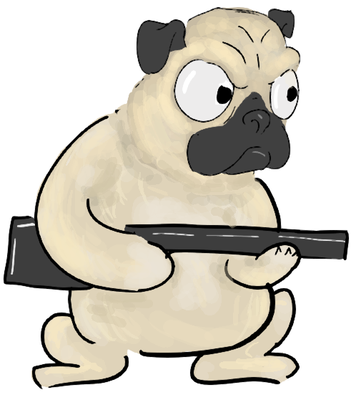 I'm going to change Milton's license to GPL, with the possibility of dual licensing in the future if there is ever demand.

I plan on releasing a commercial product based on Milton. It will start as a macOS app with a UI redesign and some new features, but we'll see how it goes from there. I don't have a well-defined deadline but I estimate it will take at least a year. Probably more.

It goes without saying that everything I release will be free for the people who are Patreon supporters or who have been in the past :3

A more rambly version of this is on my personal blog.

Milton 1.2.7
Sergio González — 5 years, 7 months ago
It should have anti-aliasing on many more machines now! (Paging gingerBill and mrmixer)

How the Milton Renderer Works
Sergio González — 5 years, 7 months ago
I posted a devlog on Milton's renderer.
This is an excerpt of the post on my hugo site.

I wrote a blog post. It's about 50% personal and 50% about a "fun" bug that I had with on some machines with Intel integrated graphics.

It is a bit of an experiment in mixing the personal and technical. I plan on posting an actual dev log about Milton's new OpenGL renderer which should be fun to write and hopefully to read.

Meanwhile, I hope you enjoy this!

Link <-- (I was going to paste an excerpt here but it really only works as a whole.)
Read More →

Permission is hereby granted, free of charge, to any person obtaining a copy of
this software and associated documentation files (the "Software"), to deal in
the Software without restriction, including without limitation the rights to
use, copy, modify, merge, publish, distribute, sublicense, and/or sell copies
of the Software, and to permit persons to whom the Software is furnished to do
so, subject to the following conditions:

The above copyright notice and this permission notice shall be included in all
copies or substantial portions of the Software.

THE SOFTWARE IS PROVIDED "AS IS", WITHOUT WARRANTY OF ANY KIND, EXPRESS OR
IMPLIED, INCLUDING BUT NOT LIMITED TO THE WARRANTIES OF MERCHANTABILITY,
FITNESS FOR A PARTICULAR PURPOSE AND NONINFRINGEMENT. IN NO EVENT SHALL THE
AUTHORS OR COPYRIGHT HOLDERS BE LIABLE FOR ANY CLAIM, DAMAGES OR OTHER
LIABILITY, WHETHER IN AN ACTION OF CONTRACT, TORT OR OTHERWISE, ARISING FROM,
OUT OF OR IN CONNECTION WITH THE SOFTWARE OR THE USE OR OTHER DEALINGS IN THE
SOFTWARE.
Read More →